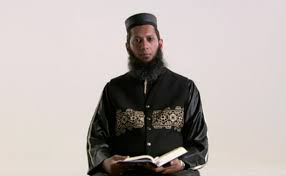 Shaykh Suliman Ghani was born into a noble family from South Africa. He completed his Hifz whilst young, and pursued his Islamic Studies in Pakistan. Having studied there for a period of 3 years, Allah had blessed him to be accepted at Al Azhar University, where he studied for 2 years. In this period, the Shaykh was able to gain many authorisations (Ijazas) in Qur’an, Hadith, Fiqh and Aqeeda etc. The Shaykhs hunger for knowledge had not stopped there. Having studied at Al Azhar, he later travelled to the University of Medina where he stayed for an additional 4 years graduating from the faculty of Hadith. After this the Shaykh picked up his MA in Islamic Studies from SOAS, London. Currently Shaykh Suliman Ghani resides in London, where he Principle of Balham Madrassa and lecturer in Arabic, Islamic studies and Hifz at Tooting Islamic Centre. He is also the Imam at Tooting Islamic Centre.

is a historian with a specialty in the history of Islamic civilization, comparative religion and Hadith literature.
He has an honours degree in History from the University of London and is currently pursuing further studies. He has also gained Ijazah’s in Hadith from a number of scholars.

He also takes a keen interest in Islamic numismatics and ancient manuscripts. He has debated many high profile figures in the field of politics, history and Christian/Islamic theology.

He has defended his views in many prestigious universities including the University of Warsaw (Poland), the American University of Beirut (Lebanon) and The Trinity College Dublin and numerous other universities across the UK and internationally. He has also represented Islam and Muslims on a number of reputable media platforms such as the BBC.

He is presently serving as a Khatib (delivering Friday sermons) in a number of London Mosques. He is presently conducting an extensive Tafsir Course explaining the meaning of the Qur’an to wider audiences based upon the work of Ibn Kathir. Adnan also specializes in the Sirah (Life of the Prophet).

Adnan believes that Islam is a way of life which promotes modernity (in all of its positive manifestations) and provides realistic solutions for all problems facing mankind.

Adnan Rashid is a senior researcher for iERA (www.iera.org) and the Hittin Institute.

Graduated with an Imam Diploma, BA and Ijaza Aaliyah in Islamic Studies from the European College for Islamic Studies (Wales) and holds a diploma in Arabic from Zarqa Private University (Jordan). He studied classical texts in the Islamic Sciences from scholars from Jordan, Iraq, Egypt etc.

He is a member and panellist at Islamic Shari’ah Council, Greater Manchester. He also is a Youth & Marriage Counsellor. Involved with grass roots da’wah organisations in the UK since 1998 and an active community leader and activist.

He travels all over the UK and abroad delivering talks at University Campuses, Mosques and Islamic Institutions on various topics and issues. He blogs atwww.abdullahhasan.net and is a writer at www.muslimmatters.org